Nowitzki Needs To Carry Mavs On The Road 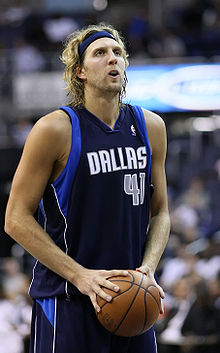 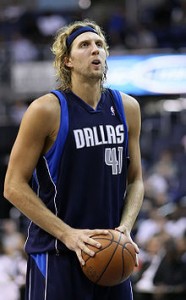 Dallas is locked in a brutal battle with Portland in the first round of the Western Conference playoffs, and homecourt advantage has been huge in this series as the home team has won the first five contests. They’ll head to Portland on Thursday night to try and put the Trailblazers away, but they’re going to need their star player to be a bit more aggressive, especially when it comes to going to the hoop.

Dirk Nowitzki is often labeled as a soft player because he’s a seven-footer who stays on the perimeter, but that’s his game and we’d bet on an NBA spread that says he’ll likely go down in history as the best European player to lace them up in the league (so far, anyway). Nowitzki is averaging 26.2 points and 7.2 rebounds through the first five games of the series, but he’s shooting 41.8% from the field, and you get the feeling that would rise if he tried to go to the hoop more, especially on the road. At home, Nowitzki is putting up 28.7 points at a 40% clip, but he’s averaging 13.7 trips to the foul line. On the road, Nowitzki notches 22.5 points on 44.7% shooting, but he goes to the line only 5.5 times per game.

Away from home is where you need your superstars to carry the load, and in Game 6, Nowitzki has to make a conscious effort to get the ball to the rim and more importantly, get to the foul line. We know he can shoot from outside, that is always going to be there. But going to the line stems a team’s momentum and takes the crowd out of the game, and the crowd is a massive factor in Portland, so Nowitzki has to put that on his shoulders tomorrow night.

Changing over the look 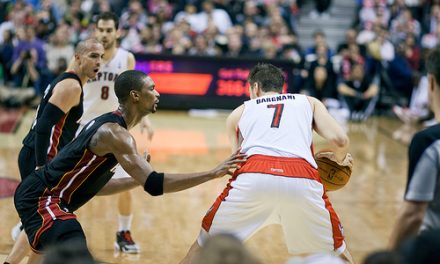 Could Bargnani Era Be Over In Toronto?