Reach the Goal You Want!

I found a great article about goals. Ed Sykes writes about everything that I believe in regarding goals and accomplishment.

The 2004 Olympics just ended in August. As always, it was an exciting event with its dramatic twists and turns, exhilarations, surprises, and disappointments as these great athletes performed at their peak in front of millions, if not billions, of fans for the glory of representing their country and possibly receiving a gold medal.

You don’t need to be a world class athlete to achieve success in life. However, you can use many of the same techniques that these athletes use to accomplish their goals.

The following are five tips that will help you stand on the winner’s platform in life:

Take time to write down the goals that excite you. Ask yourself the following questions:

Once you have created your goals, take time to visualize your achievements. World class athletes visualize the victory before it happens. Take 15-30 minutes just before you go to bed or wake up in the morning and do the following:

* Find a quiet place.
* Quiet your mind, slowing down your breathing.
* Visualize that you are already achieving whatever goal you want to accomplish. What does it look like? How does it feel? 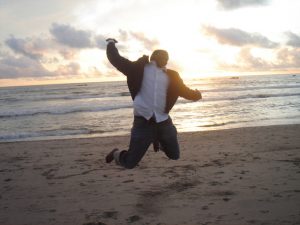 World class athletes prepare themselves yesterday, today, and tomorrow for success through intense training and sacrifice. What are you doing to prepare yourself for your success? Do a self-analysis to find out how prepared you are today in relationship to your goals and what resources and skills you need to acquire to achieve your goals. What sacrifices are you willing to make so that you can achieve your goals? If it is a promotion, find out what skills, education, and resources are required to obtain that position. If it is a six-figure income, what sacrifices are you willing to make to realize it? Less television, more education?

I always say, “If you want something bad enough, act like you already have it.” That’s what champions do. They already believe that they will win a championship, a title, a gold medal. They have a positive, self-expecting attitude and set the bar for others to try to aspire.

I love tennis. One of my favorite tennis players is Roger Federer, the #1 ranked player in the world. When watching him play, I can see he owns the court. In his quiet, yet confident manner, he says to his opponent, “I am #1, I am the best!” Then he goes out and wins. With his positive attitude, he expects to win every time.

If you are thinking about or have already started a business, it might be the following:

Note: Be very careful about whom you allow in your mastermind group. Ask yourself, “Who can help me achieve my goals through skills, knowledge, and honest feedback?” Honest feedback is the key. You don’t want “yes” people around you; you want people that will give you positive feedback that will set you back on course for success.

World class athletes embrace all challenges as a way for them to move to the next level. They have a “bring it on” attitude and you can see it in their eyes. They realize that the spotlight is on them and they relish it. They are bold in their actions and are not afraid of making mistakes. If they make a mistake or have a defeat, they “own” them. What I mean by “owning their mistakes” is that they say, “I made the mistakes today,” or “I didn’t play to my full potential today.” By taking ownership of their mistakes they take ownership for their actions. By taking ownership of their actions, they take ownership for improving their performance. They take time to learn from any setback.

What challenges are waiting for you at work? How can you improve your community by taking a leadership role? What challenges await you at home? Face them, embrace them, learn from them, and grow with them.

“Most people give up just when they’re about to achieve success, they give up at the last minute of the game, one foot from a winning touchdown.”

There’s the story of Gaston Gaudio. Many of you may be asking, “Who is Gaston Gaudio?” Well, he is a 25-year-old tennis player from Argentina who turned pro in 1996. During that time he had, at best, what would be called mediocre results. Going into February of this year, he had a losing record on the tour. Because he wasn’t winning, he barely earned enough money to get to the next tournament. He asked friends in towns in which he was playing if he could sleep on their floors.

He had thoughts of giving up and going back to Argentina but he fought these off and wouldn’t give up. He believed that better things would happen. He earned a wildcard to play in one of the four biggest tennis tournaments in the world, the French Open.

Then a funny thing happened. He started to win against the best players in the world. He won his way into the championship match. He was to face one of the hottest tennis players and fellow Argentinean in Guillermo Coria, the #3 ranked player in the world. Let’s say Gaston was not expected to win, much less be competitive.

The match started as expected with Gaston on the losing end, 0-6 and 3-6. Even the television commentators suggested that Gaston quit playing, stop embarrassing himself against Guillermo, and call it quits. But Gaston wouldn’t give up. Guess what? Gaston started winning games against Guillermo. He wouldn’t give up. He believed he could win more games…and he did. Then the incredible happened…he won the French Open.

Gaston, just a month earlier didn’t have enough money to stay in hotels, took home a $1 million paycheck and the tennis world took notice. He won because he believed, persevered, and wouldn’t give up.

Start today. Apply these tips and you too can have a “goal” medal life! 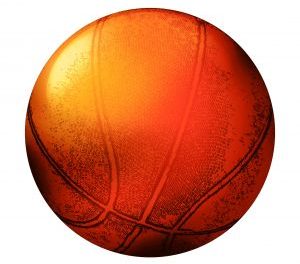