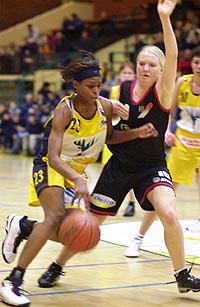 AANEKOSKI, Finland – I love this team.

The coaches and players on Huima really get along, and they just don’t talk it, as was the deal when I was in college.

Don’t get me wrong. Everyone getting along on a team is not always a realistic goal. Not everyone’s personality is going to click 100 percent of the time, whether you are on a basketball team or in an office in the workplace. But there has to be an understanding that you are in this together.

It starts at the top. Our coach, Mervi Nurmi, encourages the players to air their problems among one another. She treats us like adults, and I think that attitude eliminates a lot of the pettiness that I thought hurt my college teams.

Coach Nurmi constantly stresses the importance of basketball being fun, not stressful and robotic, and the players usually perform better because of it. Look, if you play for a screamer, a tightly wound coach, as I did in college, you can rest assured it has an effect on the players. They either have to learn to tune the person out or develop thick skin.

Believe me, I don’t get the Chicken Little thing with a lot of coaches. Hey, it’s a game, not the end of the world. As a player, I say: Give your best and don’t make mountains out of molehills.

This is, by far, the most fun I’ve ever had with a basketball team. I really like my coach and teammates, and I know the feeling is mutual.

If I have a criticism, it’s that sometimes we are almost too nice in games. We could use a little more aggression as a team. But that’s a small thing, and usually, when it is all said and done in a game, it comes down to execution and making shots.

I hate to say this because so many American teams try to spin they are family. But here, we really are like family. We hang out together and not just in selective groups. I recently made everyone an American dinner: a pork dish with potato skins, white rice and salad. For dessert, I served banana pudding.

The next day, we defeated one of the top teams in the league by 17 points. Maybe I ought to make this meal a pregame ritual the rest of the season.

I have a great relationship with Coach Nurmi. I call her by her nickname, “Sipi,” as all the players do. We have a genuine closeness that I’ve never had with a coach before. We each have a job to do, and even when the job doesn’t go the way we want, we respect one another.

Coach Nurmi recognizes that most of the players are in their 20s, with lives outside basketball, and she is not threatened by it. Her ego is in check.

Coach Nurmi and her assistants do not put on a drama show after a loss or act like babies. Win or lose, the coaches take a couple of minutes after a game to say what needs to be said, and then it’s time to move forward, not sulk or pout. That was an abrupt but pleasant change for me from college.

In college I was accustomed to coaches having meltdowns after a loss, then giving you the silent treatment, and the players breaking off into back-stabbi
ng cliques. I always thought this atmosphere was counterproductive to the task at hand. Thankfully, that’s not the case here, and I’m loving it. It reminds me of my teen years playing AAU ball.

I’m feeling re-energized after having a nice holiday break in D.C. and Petersburg. Our team is making progress, despite the loss of one of our post players, Susana Senra, who did not return to the team after the holiday break.

Senra, who is from Spain, could not adjust to the cold and long, dark nights, plus being away from her boyfriend. Her departure definitely hurts our team.

One of my closest friends on the team is Virpi Manninen. We share an interest in computers. She is in charge of updating the Web site for the Huima’s men’s and women’s basketball teams. Take a look. The address is www.huima.org 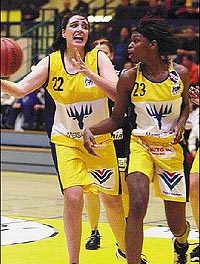 Are YOU Really Disciplined? 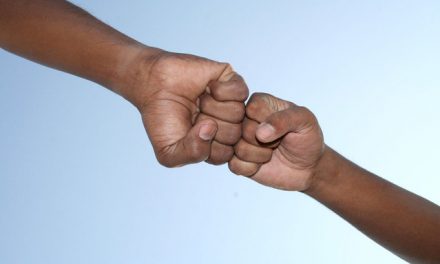